We went on the train trip from Tumut to Batlow NSW. The train is pulled by a diesel
engine with open carriages with a roof, hand rails and wire mesh to stop your esky’s and kids  falling off, although  you sit on benches they are not bolted down.

The trip is one of the steepest and tightest wheel driven train rides in Australia. The trip takes you through paddocks and the train has to stop so that the guard can open and close gates therefore you have plenty of time to look around.

When you start to climb the mountains then you can see the valleys dropping away far below. The views are just so fantastic that you can use a full roll of film in no time at all. So beware, or you will run out of film before the trip is over.

As the train is going around sharp corners, you hear this ear piercing squealing sound and this happens on most of the corners. The guard said it is the wheels dragging around corners, at the corners the tracks are double to help stop derailing.

As you continue to climb, the bush comes right up to the train and brushes the sides of the train so you must keep your hands in.   After a while, you come into orchards that go on for kilometres and you can see fruit picking, in season, then you arrive in Batlow for lunch.

I liked looking at the beautifully coloured birds and blossoms on the fruit trees as we passed by. The fragrance from the blossoms was over powering and as we passed some trees, I was able to grab some flowers to keep for myself.

At Batlow, you can have lunch at the RSL, or you can buy takeaway. Some people take a picnic lunch in an esky with beer, and have a picnic in the park. You have enough time to look around town then it is time to get back on the train.   On the way back to Tumut, the guard has to stay near the emergency brakes so that if the engine brakes fail he can apply the hand brakes to stop the train.

If you stand up to take photos, provided that he sees you the driver will stop the train to make it easier for you.   As we went across a level crossing, a car came racing to beat the train and did not give way to the train.

The train driver applied the brakes and some of the passengers lost their seating and fell on to the floor. The driver later said, “We only missed the car by a few millimeters.”
If you sit on the sunny side of the train, you may get sun-burnt so bring along the sun block. The flies can be bad so remember to bring aeroguard in summer. In fine weather, they run evening trips up to a picnic area for a barbecue. They bring you back just after the sun sets.

We went camping at Sofala NSW and we camped on the riverbank just up stream from the town. The campsite was level with good green grass and shady trees. The camp was not far from the river so you did not have to carry water too far. It had been raining just before we arrived so the river was running and it was quite deep.

We went looking and found the only wood was on the other side of the river so I waded across with a chain saw and set to work cutting timber into logs. To get the wood across the river we used ropes and then with Tom on one side and me on the other we pulled it across.

We carried the firewood up to camp and stacked it then we had a good stock of wood for the camp. Tom went gold panning for five minutes and when he found a small speck of gold in his pan, he got gold fever!   After he found the gold we could not get him to come out of the river until after sun set.

There was a man working a sluice just up stream and he watched Tom for a while then come down and said. “I am an expert at gold panning!”   He was using a gold sluice with a pump and other equipment although he was working long hours and digging up lots of ground when he showed us his gold there was very little so I said to Tom  maybe he is not be such an expert at all.

One day, we went for a walk down stream to look around at how the other camps were set up. We walked for an hour or so then we walked up a hill until we came to the road and walked along the road back down to camp.   The next day, we went for a walk up the river as we walked along we talked, played, and looked around. We found some mushrooms just up the hill so we picked some to take back to camp to make a meal.

One day we went to Hill End the trip was along a narrow winding gravel road because of the steep drops on one side I had to drive slowly. Then Sandra got carsick so we had to stop and clean her up then back on the road to Hill End.

Hill End is an old gold mining town with narrow streets but many of the old buildings are still standing. We looked around at the old houses, shops, and museum and looked at old mining equipment.

Then we went to the lookout to see the old gold diggings in the valley far below. Then the next day, we had to go home so we pulled the tents down and loaded the cars. Just as we left camp it started to rain and it rained all the way home. 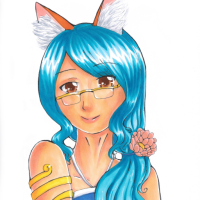 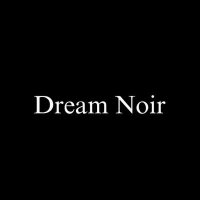 The Ministry of Shrawley Walks

There is a growing power within from the Source of All. Awaken, open, receive, share with others. Find the power to live, laugh, love, worship, grow & achieve.

ASHA: Blast From The Past

The Blog of Aligarh Society of History and Archaeology [ASHA]